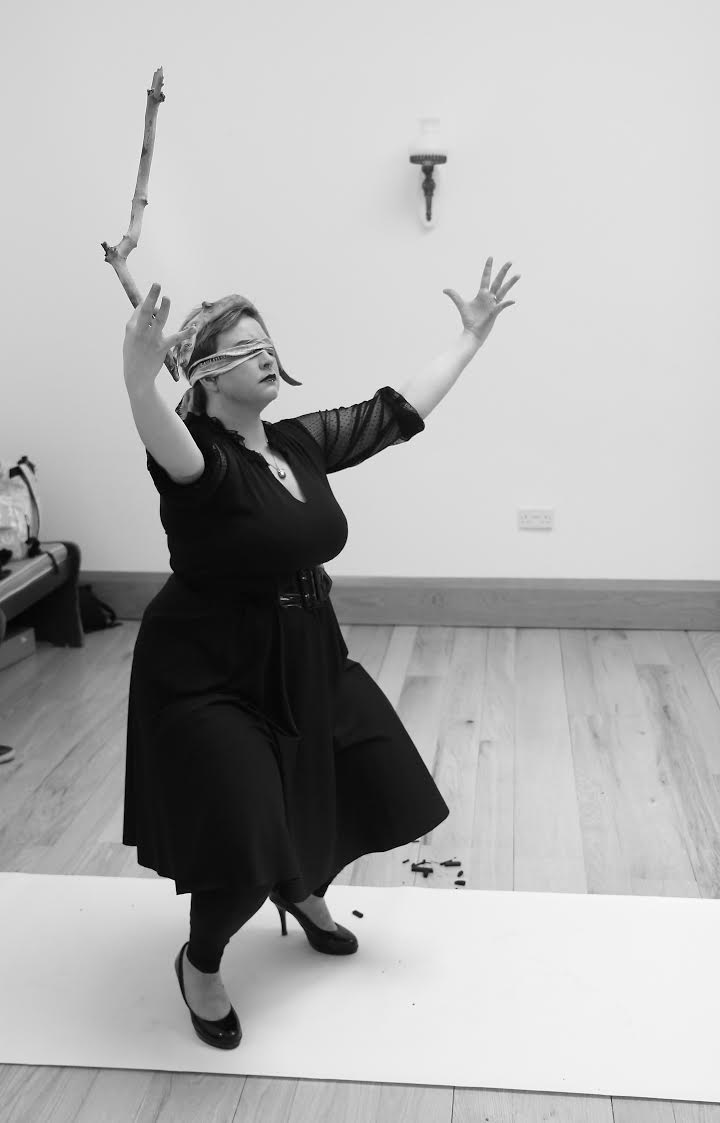 Rachel Parry is multidisciplinary artist, a practice that flows in/out body-based Performance/Live Art and new media, she has toured extensively, nationally and internationally.

Born in Nottinghamshire (1983) Parry went onto study and graduate from Northumbria University (2005) with a BA (hons) in Fine Art. Post PGCE (2006) Parry then worked in various aspects of education for ten years, in mainstream settings and less traditional artist in residence art-worker roles. In 2015, Parry completed a Masters in Performance Practices at De Montfort University in Leicester.

Alongside her art practice, Parry is an independent Art Director, Producer and Curator. The driving force behind Live Art Events Company LiveArt : ArtLive (2005) and its showcase Art platform Little Wolf Parade (2012- 2016) supporting local, national and international artists. Recently Parry founded Guerrilla Arts Lab (2015) – a space for performance artists and political art to be supported. Out of this emerged G.A.L Collective (2016).

Parry has just completed a years mentoring (2014-2015) and professional development with Arts Company, Pacitti Company, after being awarded a place on the New Producers Initiative, where only five UK producers were selected out of hundreds. During this Parry developed skills in Producing other Artists work for SPILL Festival, assisting with placing challenging Art Work in the public realm. Additionally, Rachel Parry works as the Artistic Director for Indie label and Promoters I’m Not From London (2011) and a representative for the Artist Union of England (2014).

Parry has exhibited her work nationally and internationally, most notably at:

She has collaborated with others as a performer in Ron Athey’s ‘Gift of the Spirit’ | Aine Philips ‘Louder than Bombs’ | Stacy Makishi’s D.I.Y Creative Sauce | residency with Guillermo Gomez Pena/La Pocha Nostra | LEBNIZ (Ernst Fischer /Helen Spackman) “Book of Blood” | “Pushing the inside out, Drawing with the inside in” Performance Art summer workshop with Dagmar I. Glausnitzer and Zierle & Carter, Berlin | DIY musical machines as part of ‘The Dirty Electronic ensemble’ with John Richards. As well as running her own bespoke workshops, residencies and teaching methods.

Her work has been profiled and publicised in Total Theatre, A-N Magazine | Time Out London, Hyperallergic | LeftLion | Glass Magazine | The Londonist | Exeunt Magazine, BBC and Young Tate. And she has been supported by: The Arts Council | LADA | SPILL & The Pacitti Company | Tempting Failure (World Premier award) | Real Creative Futures and Creative Quarter, Nottingham. Many have unfortunately been removed due to a censorship issue during 2012 – 2013 in which she won out of court battle for the right to be an artist against her employers.

My flesh has stories to tell. Abject, volatile and full of spoiled language, with every little messy lived moment; I will show you my soul, if you show me yours…Skin, Hair, Shaking muscles, Sweat, Fat, Spit, Blood, Gold, Sparkles, Mud, Sick, Fur, Food, Ice…. This is my bloody raw body; with its gauche invisible disabilities – I use my body to explore the ideals of sex and femininity, of expectation and shame, the voyeuristic gaze and questionable liberation of ‘her’ feminism. It’s archetypes – the monstrous and how this has evolved from ancient tales of caution to our modern slippery tongue. Politically charged in intent, sharing the surreal, visceral, the powerful tactileNOW! I weave the tales from autobiographical experiences. I want to transform this space between us and have a little intimacy. Let’s get those seeping boundaries flowing. Let’s smash that fourth wall, I want to get into you, into your space, into your mind. I take risks; embracing both the physical experimentation of my body and the architectures of my mind. I push the boundaries of self; highlighting the urgency to get back to the core of this thing we call humanity.

I want us to read between our lines.